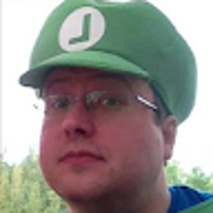 Email Facebook Twitter LinkedIn
Email Facebook Twitter Whatsapp
In honor of Tim "Avicii" Bergling's memory, Mind has started a fundraiser so as not to miss a single conversation in the Suicide Line. The suicide line receives about 31,000 calls a year, but far from all arrive. In 2018, they had 200,000 contact attempts by phone and chat they could not answer.

The Tim Bergling Foundation, which was founded after Tim ”Avicii” Bergling's suicide on April 20, 2018, chooses in connection with the Avicii Tribute for Mental Health Awareness to support Mind. They will help them expand the Suicide Line, which is Sweden's only support line for people with suicidal thoughts.

The goal is for the Suicide Line to be able to receive calls from people in crisis 24 hours a day, 365 days a year. For many who contact the Suicide Line, it is the first time they talk about suicidal thoughts and put words to feelings such as anxiety and shame. Conversation is the important thing, what helps to be strong for another day, to give life a new chance. It is not uncommon for conversations to save lives.

That's why Mind does not want to miss a single one. But they simply lack the resources to answer everyone who calls. Mind needs to increase the capacity of the Suicide Line by recruiting and training more volunteers. For that, they need your support. Donate a gift to my collection in memory of Tim "Avicii" Bergling. Then you are involved in saving lives in the Suicide Line.
Ge en gåva
100 kr
0%
Mål: 50 000 kr
35 Dagar kvar